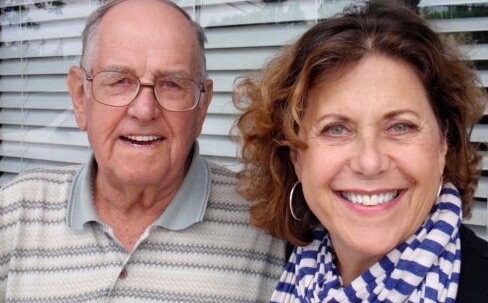 He resisted having his photograph taken the last time I saw him. If I had only stood my ground and insisted, I had no reason to think there wouldn’t be another time. You see, he was only 88 and his mother and grandfather lived well into their 90s. There’s time, right?

A year before he passed away he said he wanted a photograph of himself wearing a suit and tie while donning his Mason’s fez. Not a cell phone shot, but a good photograph to hang on the wall. As a lifelong freemason, he was proud of the recognition he earned as a member of that illustrious organization. It’s the one you see Shriners wear in parades, and it really meant something to him. Dad was a handsome devil even at his advanced age, particularly when was gussied-up.

Suffering from Progressive Chronic Obstructive Pulmonary Disease (COPD) for years breathing became labored off and on for him. Over the past few months, he had been in and out of the hospital many times but always bounced back as if nothing had happened. For months after he made the request, I brought my camera to photograph him during our regular visits. Dad could be a little on the stubborn side, and each time he said that he didn’t feel like changing from his casual clothes just then. I wasn’t about to push him into something he didn’t want to do. Twisting someone’s arm never-ever makes for a good memory or picture. Besides, his refusals didn’t concern me much since I thought I would have many more opportunities to capture him as he wished.

Sadly, this is the last picture I have of him, which is several years old.  Even sadder, I’m a professional photographer with no good portrait of my father. He passed away in the hospital before I could get the photograph he or I wanted. A cell phone image of Dad and me on his last Father’s Day outing is certainly not the portrait I had hoped to have in my home forever, but it’s the one I have.

I know I should have taken more photographs of my parents and insisted when Dad said “no” back then. If I had, a beautiful reminder of him and his love would be hanging in my home to pass by every day.

20 Ways to Use Your Headshots